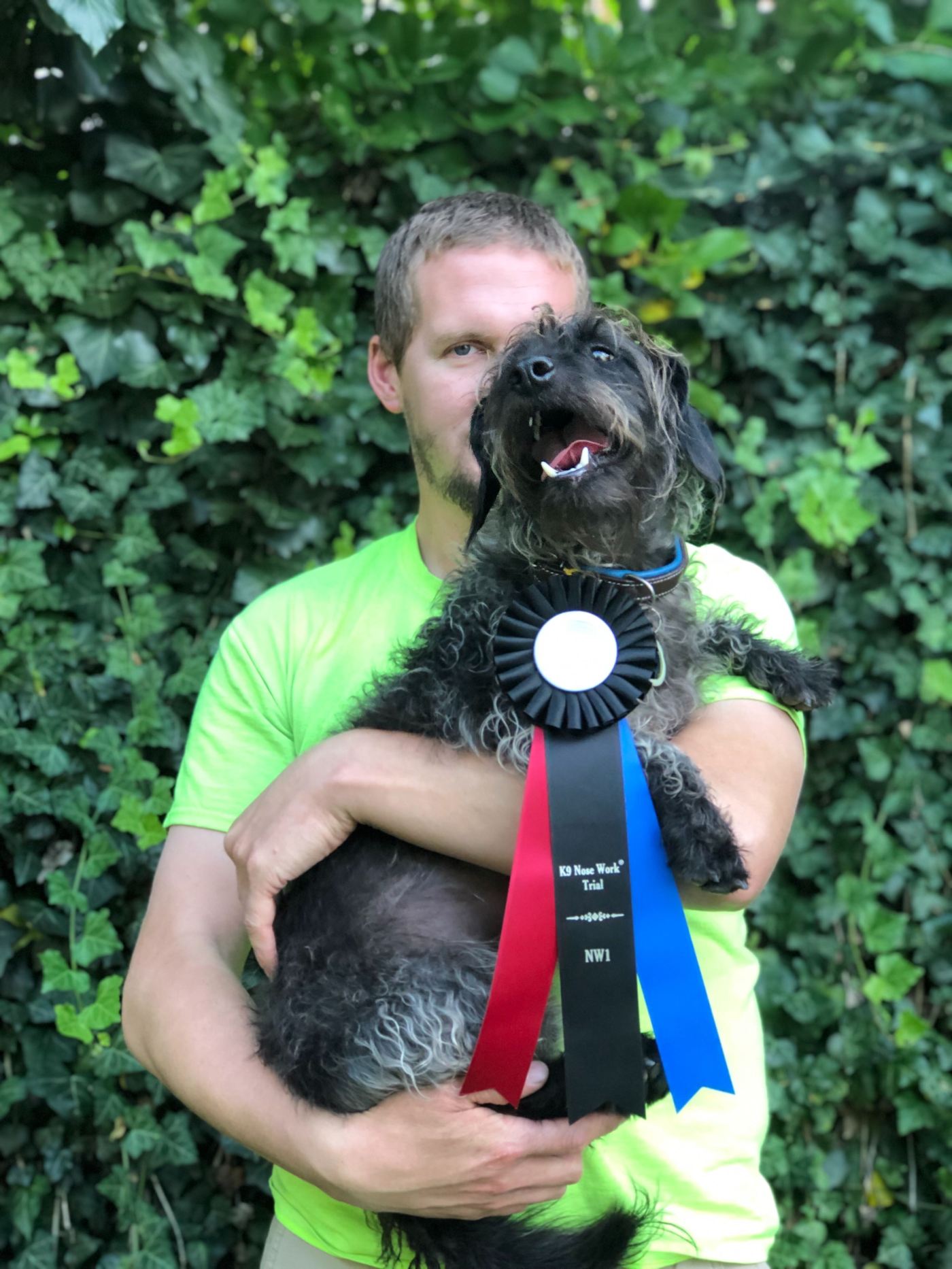 It’s been nearly two months since my last post and so much has changed. Some good things, some not good. First let’s start with the good.

LOOK AT THESE GUYS!?! Roo Frank and Nick got their NW1 at the Rindge, NH Trial in August, and Sioux and I got her NW1 at the Berwick, ME trial. Also, Frank won the Harry Award (given to the best sniffin’ rescue dog at the trial) and Sioux got a pronounced ribbon (kind of like a judge’s choice ribbon given out to their two favorite dogs at the trial). I couldn’t be more proud of everyone – they’ve worked so hard and come so far. I know they don’t care or understand ribbons, but I think somehow they were proud, too.

And now for the majorly shity part of the summer – we lost Bella. Unfortunately after a short battle with diabetes that just wouldn’t be regulated, our girl lost her sight and was starting to suffer. Age is a one way road, so we made the decision to let her pass in peace with dignity. There was no doubt in my mind that it was a the right choice, but it sucked nonetheless. Each one of us is missing her in our own way and our house feels very empty without a pug in it (We haven’t been pug-less for over 15 years).

I saw a pug at Sioux’s NW1 trial a few weeks ago. He was older and magnificent. A nose work pug. I admired him. He got his title that day… and I definitely clapped a little louder for him.

What’s next? Honestly I’m not sure. People have been asking if we’ll continue on and pursue NW2 titles. Maybe. We’re definitely going to continue training for fun and I really to hope to bring Ben along. I’d like to start working a trained response with Sioux to see if it will give her even more confidence in her ability to be able to communicate with me. That’ll take a lot of time, if we’re even successful at all.

There’s also been people asking about whether we’d be bringing a new pug into the fold. While I’m certain there are more pugs in my future, there are no plans to start a grumble anytime soon. But it’s on my list of life goals, for sure. As a group, we’ve been spending a lot of time at the barn so there is certainly less time for training, but a lot more time for bonding. That’s what we need right now. I think we’ll just have to wait and see how everything balances out.